The Kodiak Queen is a decorated World War II Navy fuel barge previously named the YO-44. It is believed to be one of only five ships that survived the Japanese surprise attack on Pearl Harbor in 1941.

After being converted into a commercial fishing trawler and used for a few decades, it finally ended up abandoned in the British Virgin Islands. There it was waiting to be, most likely, picked apart for scrap metal. Instead, things took a very different turn after British photographer Owen Buggy came across the ship. Buggy approached his former boss, Sir Richard Branson, with an idea: to create an artificial reef and art exhibit out of the abandoned barge. An 80-foot-long sculpture of a kraken was built around the Kodiak Queen, made to look as if the sea monster was attacking the ship and dragging it into the deeps of the ocean.

The art reef was then towed out into the bay and sunk in April of 2017.The sculpture and the Kodiak Queen both survived the massive hurricanes of that year, but were damaged in one of the biggest series of swells that’s ever occurred in the area. The whole ship was shifted about 30 feet, and the head of the kraken sculpture was damaged. Most of the tentacles are still wrapped around the ship, however, and the strange site is still a spectacular dive. The good news is the ship is still a safe and VERY fun dive, and natural corals and all kinds of marine life continue to thrive, and make the site their permanent home.

The Kodiak Queen is located in a bay just outside of Virgin Gorda. It’s possible to see by snorkeling, but divers will get a better experience of the sculpture 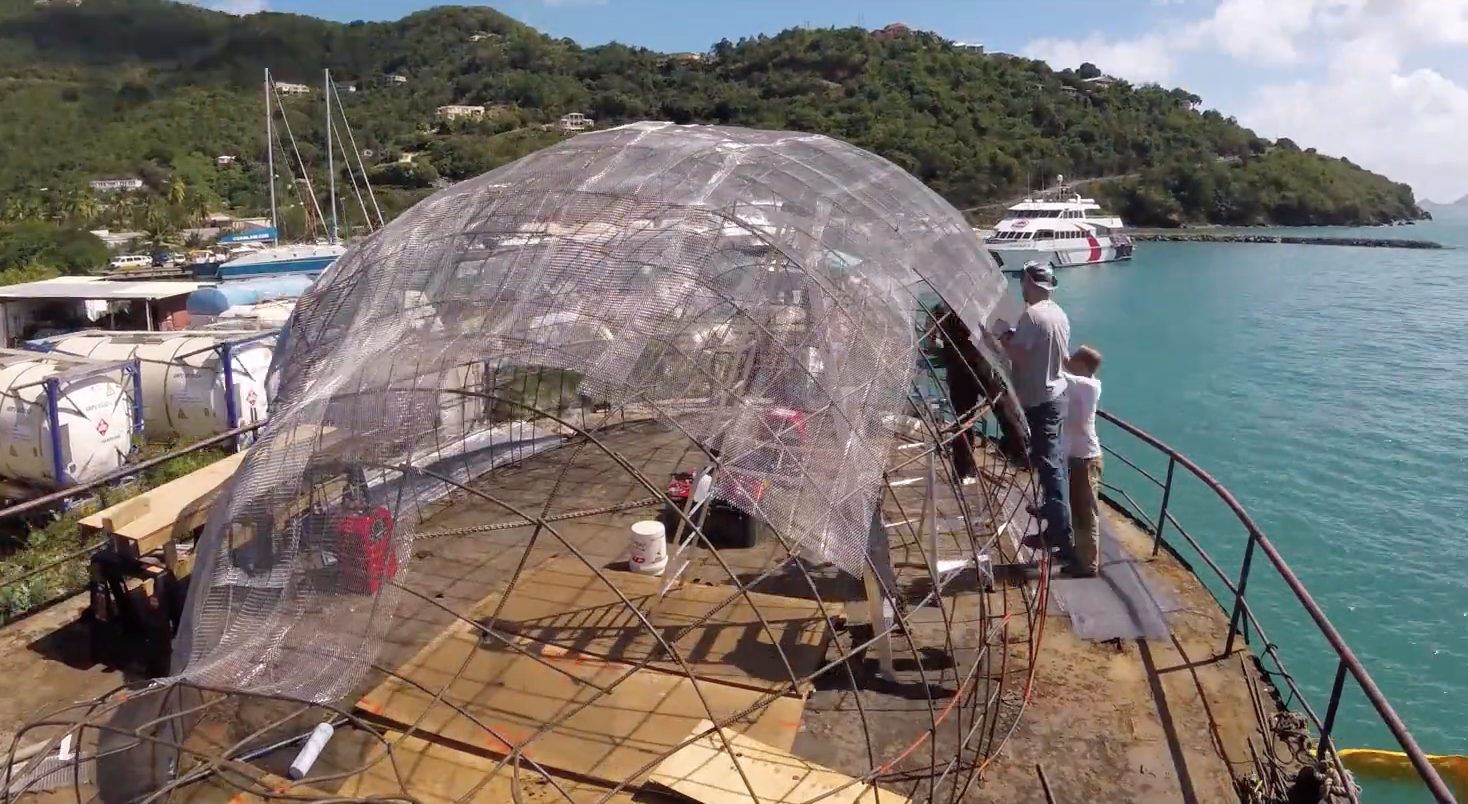 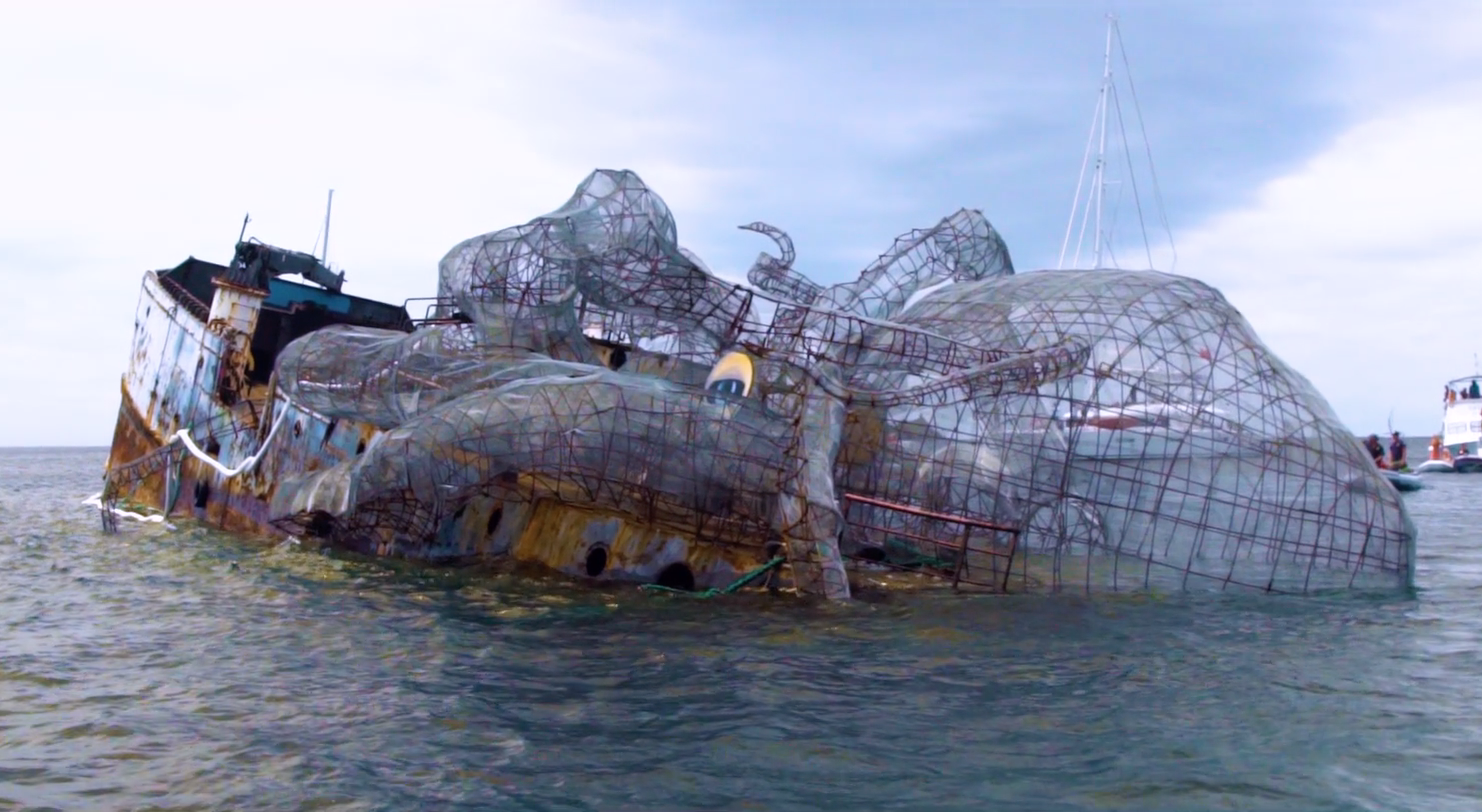 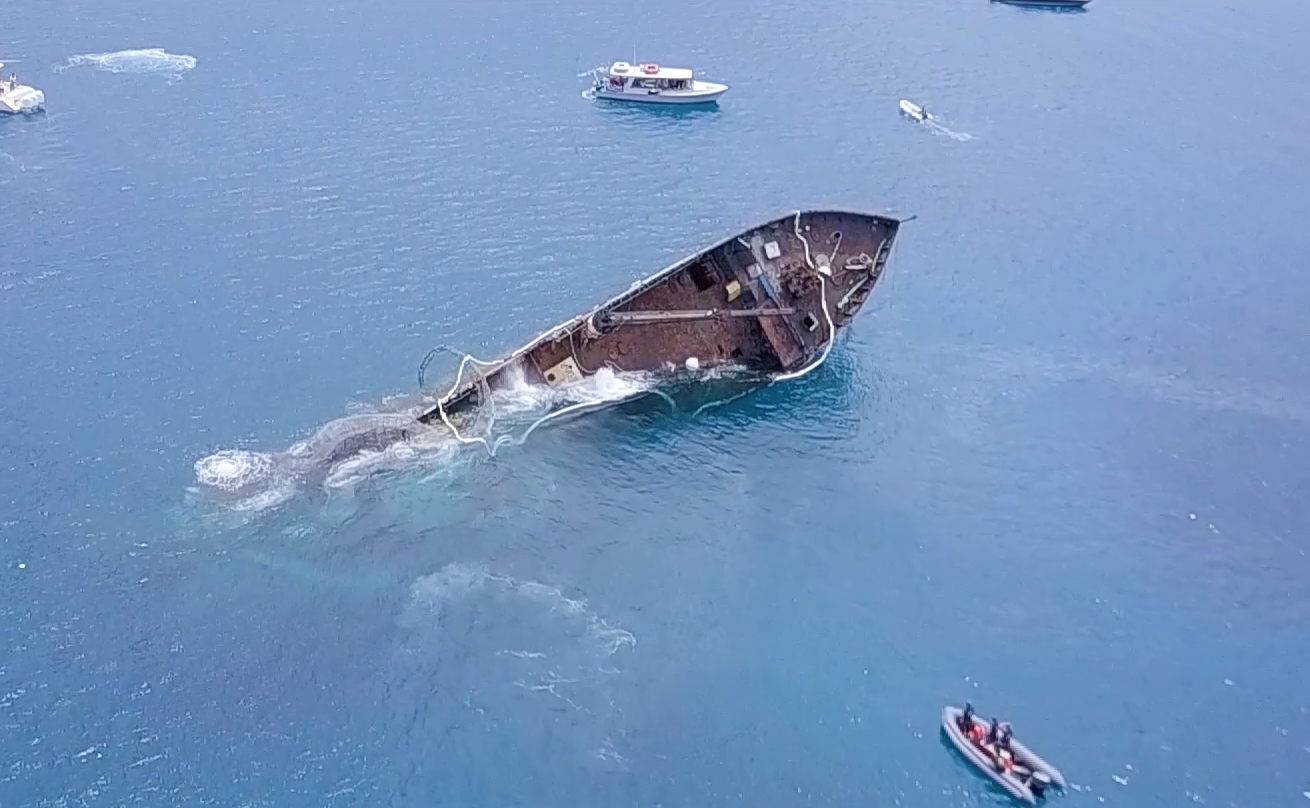